Somerset is famous for its apple orchards and its cider. The orchard at Abbey Farm grows apples of local origin and helps to preserve some of the old and rare varieties.

In the orchard you’ll see the shepherd’s hut. The Museum’s Exmoor Horn sheep have temporarily gone back to their other home on Exmoor but we hope they will be back soon!

​A First World War allotment has been re-created where you can discover more about life on the Home Front and the ways in which Somerset people supported the war effort. The allotment was opened to mark the First World War Centenary.

The Abbey Barn is one of the West Country’s finest buildings. It was completed in the 1340s to store produce from the Glastonbury Abbey estates. 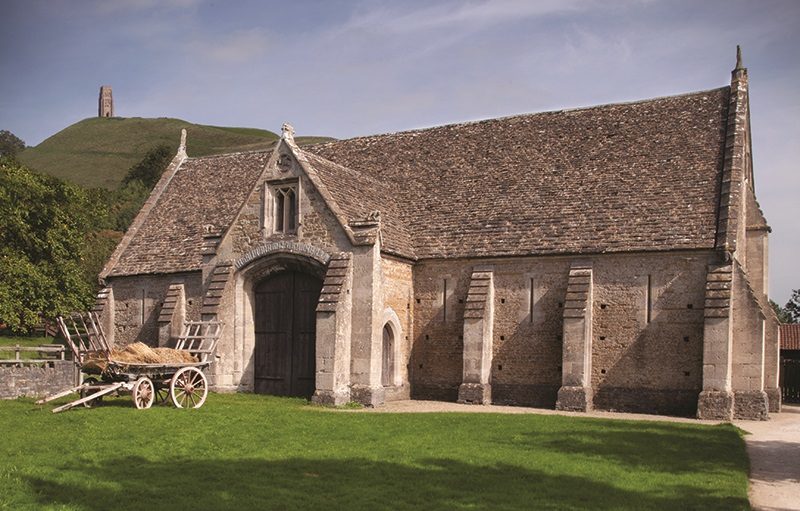 The abbey was dissolved in 1539, but the barn continued in use as a farm building until 1972.

In the farmyard there is a striking life-sized sculpture of a horse, made from reclaimed metal, by artist Harriet Mead. The horse is called Punch after one of the real-life working horses at Abbey Farm. Make sure you get your selfie with Punch, with Glastonbury Tor in the background!

A wooden Grain Store has been restored and you’ll see it raised up on ‘staddle’ stones.