Somerset is famous for its apple orchards and its cider.

The orchard at Abbey Farm grows apples of local origin and helps to preserve some of the old and rare varieties. The cider variety Gennet Moyle was thought to be extinct. Luckily an old tree was discovered and the variety saved.

The names of different varieties may commemorate an event, a local place, the founder of the variety, or its appearance.

Varieties grown in the orchard include:

I Am a Cider Drinker…

For centuries cider was produced on most Somerset farms. A farmer needed cider for his own use, for his regular labourers, and for temporary workers hired during harvest. It was important to have good cider to attract and keep the best workers! These men are pictured drinking cider in the fields around Henstridge, c. 1910. 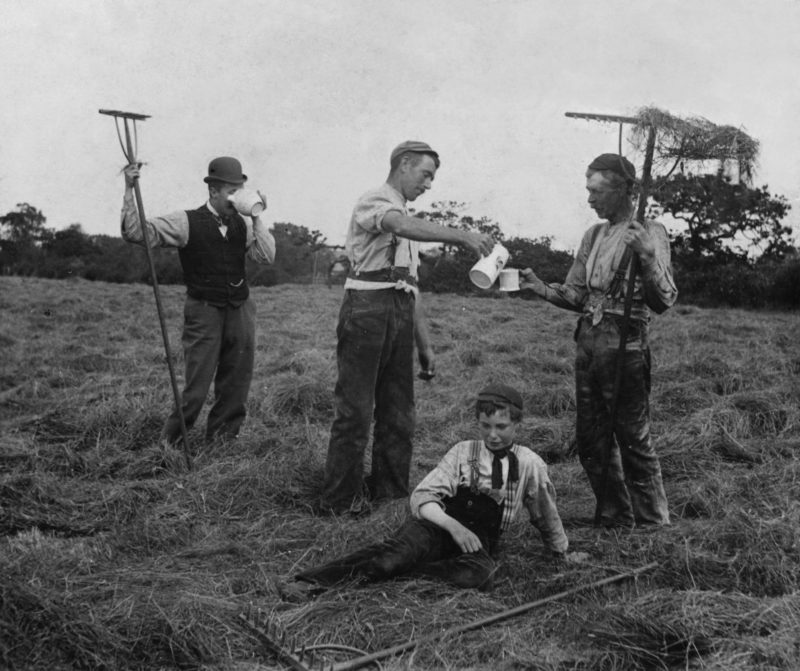