For Somerset’s rural communities a century and more ago gathering the harvest was the most important activity of the food and farming year.  Men, women and children worked together in a common effort as first they brought in the hay and then the corn and other crops. Everyone knew that a successful harvest meant food and prosperity for the whole community.

Schoolrooms in June and July were typically half empty. Children stayed at home minding brothers and sisters so their parents could go out haymaking. Then later, during the corn harvest, they stayed away again while their mothers helped with the stitching, or stooking.

Many children themselves took a hand in harvest work and even the youngest could help with gleaning after the crop was gathered.  Mothers would shepherd their children through the fields to collect the fallen grain which the farmers allowed them to have.

Wheat and barley were the main crops in Victorian and Edwardian Somerset, though there were smaller quantities of oats, roots, peas and beans. But nothing was more characteristic of Somerset than its apple orchards or the sight of cider presses working through the autumn days. 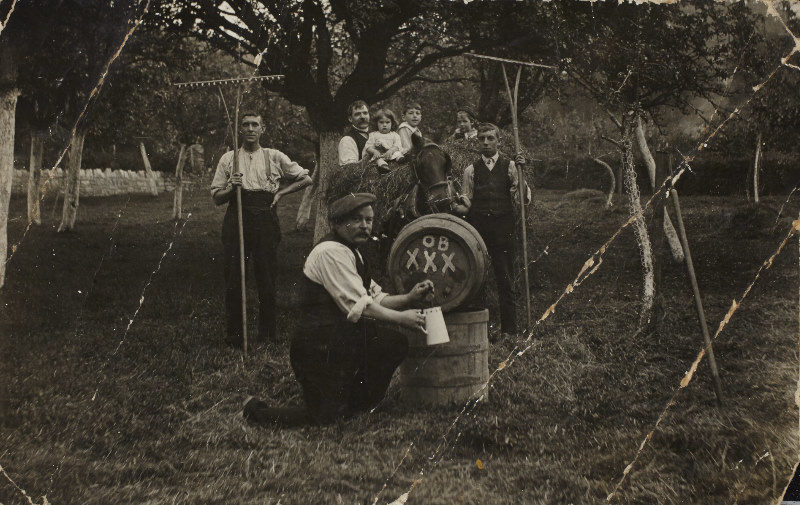 In the 1800s cider apples such as the Golden Pippen, the Red Streak, the White Sour and the Kingston Black were celebrated local varieties and helped to make Somerset the most famous cider-producing county in England.

Once the apples were harvested they were ground into a ‘pumice’ using an apple mill, then crushed in a great wooden press between layers of straw which formed the ‘cheese’. A farmer needed cider for his own use but also for his labourers. As every farmer knew, good cider attracted the best workers. Most farms had a cider house for making and keeping cider and the labourers would go there to collect their daily ration. 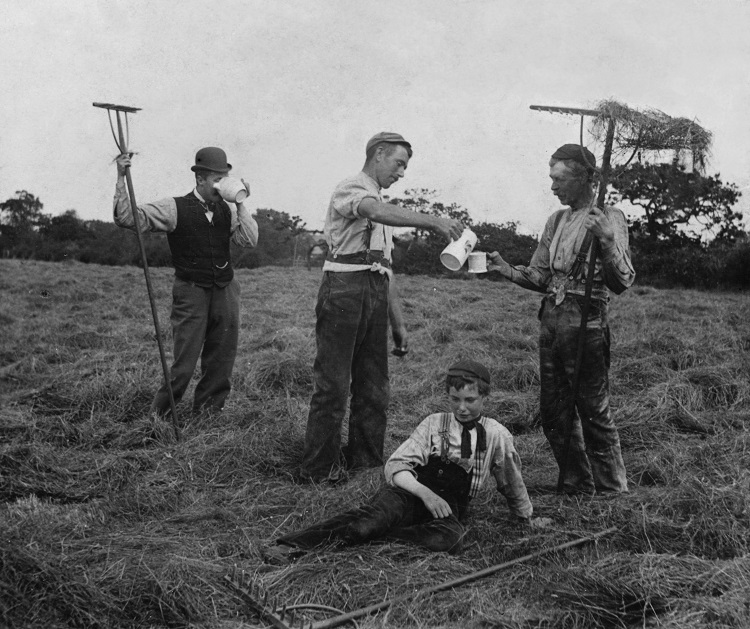 In the museum’s great Abbey Barn visitors can experience a wonderful medieval space which was at the heart of harvest activity for hundreds of years. At harvest time heavily-laden wagons would enter through the barn’s huge doorways so that sheaves of corn could be unloaded and stacked high to the roof.

During autumn and winter the stone floor that spanned the barn’s two porches was used for threshing the crops. Before mechanisation, threshing flails were used to separate the ears of corn from the straw. Then a through draught between the barn’s open porch doors separated the grain from the lighter chaff in the process called winnowing.

The barn was also the setting for the celebration that marked the end of the harvest season. In 1880 James Austin, the farmer at Abbey Farm, presided in the barn at the harvest supper he provided for his workers. Much cider was drunk and food eaten. Then, as a fiddler played, they danced till darkness fell. 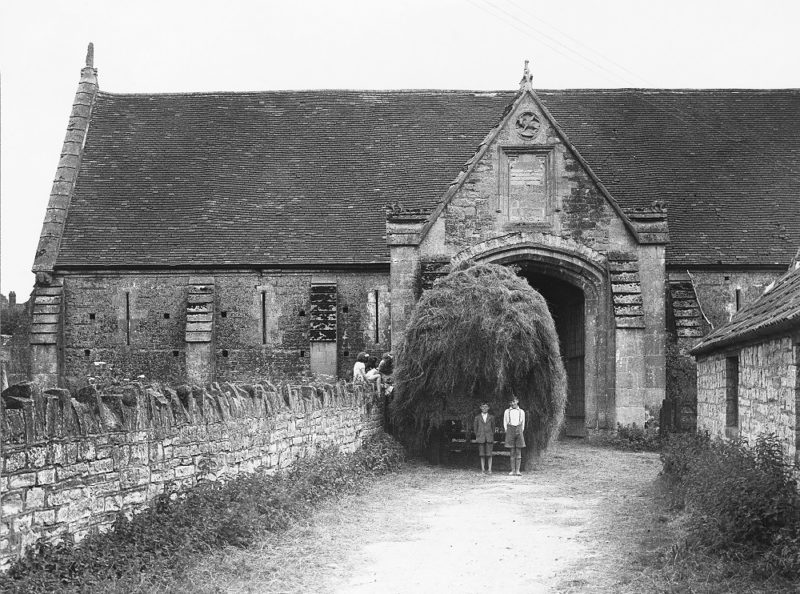 The Abbey Barn was at the heart of harvest activity

Working with Somerset Art Works we commissioned ceramicist Emilie Taylor to create an installation named ‘Yield and Return’.  The collection of pots created by Emilie will be on display within the Abbey Barn during this year’s Somerset Arts Weeks Festival. Emilie’s work seeks to explore communities, rituals and contemporary issues around food, wealth and poverty. Through ceramics workshops Emilie has been exploring these issues with local community and school groups.