Our annual closure period gives us the opportunity to undertake larger projects that we would not be able to tackle during our normal opening hours. All of these projects help to enhance the service which we provide to the public.

Here is a summary of some of the work we undertook during this year’s closure period.

Volunteers, under the direction of archivist Jan Wood, sorted, numbered and packaged a range of collections, including plans and aerial photographs collected from Exeter City Council in the autumn of 2019, and a large collection from the office of the Lord Mayor of Exeter, which includes many photographs of civic occasions in the city.

Long-standing volunteer Lydia Burge spent much of her time cleaning collection ZAKR, which is a collection of assorted deeds and documents thought to have previously belonged to a solicitor and relating to properties in many parts of Devon, including Bradninch, Broadclyst, Crediton, Exeter and Torquay, as well as Bristol, Somerset and Cornwall.

A number of regular volunteers were also involved in the Ordnance Survey map sorting project referred to under Westcountry Studies Library Collections below.

The Trust, comprising both the Devon and Somerset archive services, is part of a major national project funded by the British Library and the National Lottery Heritage Fund to digitise and make available sound recordings that are at risk. Over 600 recordings held by Somerset and Devon Archives and Local Studies will be digitised. During the Somerset and Devon closure periods, which succeeded each other, each collection which will be digitised was inspected and had its condition recorded by lead archivist Jane de Gruchy. The recordings will soon be digitised in a specialist sound engineering studio at Bristol Archives.

Archives and Local Studies Assistant Mike Dowell spent a large part of the fortnight recording the locations of material in one of the strongrooms which we use for the vast number of items transferred to the Heritage Centre when the Westcountry Studies Library vacated its former premises in central Exeter in 2014. This is an important job as there is no longer anyone on the staff who worked in the Westcountry Studies Library when it was based in central Exeter, and current staff need to be aware of the precise location of the range of illustrations, publications and specialist collections which form that part of the library.

Janet Tall, Head of Archives and Learning for the Trust, with assistance from Somerset archivist Eve Bickerton, undertook work in several strongrooms to prepare for a long-term project to better record the locations of documents in those strongrooms many of which have altered in recent years.

Irene Andrews, Devon Archives and Local Studies Manager, reorganized and tidied the office’s Resource Room, where a range of items and equipment such as exhibition cases, reminiscence and learning materials and laptop computers and accessories are stored.

Local Studies Librarian Kate Parr, who is normally based in Somerset, spent a large part of the closure period in Exeter managing a project in which, with the assistance of a number of the office’s regular volunteers, she separated out a very large number of duplicate Ordnance Survey maps covering areas throughout Devon and neighbouring counties, together with individual sheets from as far afield as Berkshire and London. 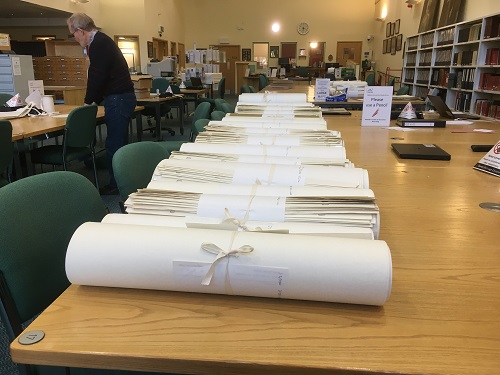 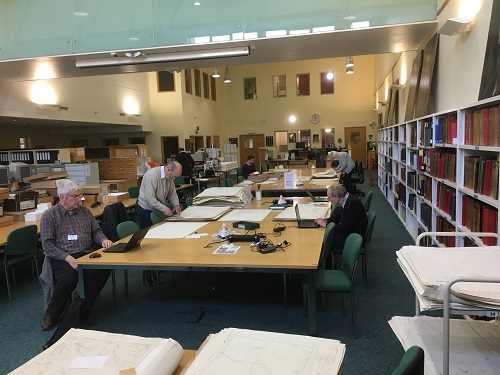 Kate also moved various books from the library collection within the searchroom in order to consolidate books about different geographical areas on separate sections of shelving.

Deborah Phillips and Ian Ponsford, along with the regular conservation volunteers, worked on a range of ongoing conservation projects, as well as replenishing the ‘workstations’ in our strongrooms with appropriate conservation materials to allow staff to deal with small packaging and labelling jobs.

They were also responsible for preparing new cloths to be used in displays of documents in both Devon and Somerset, and a range of new book supports for use in the searchroom.

Deborah was also involved in the reorganisation of the office’s reprographics studio, which will enable us to deal with digitisation orders more efficiently. 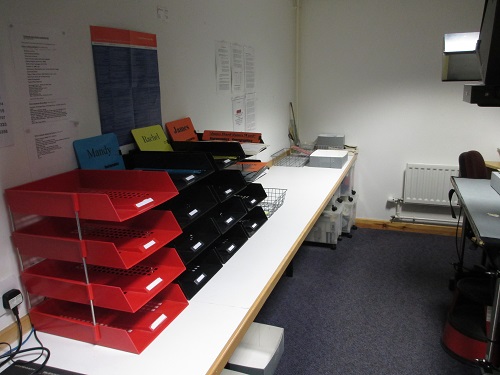 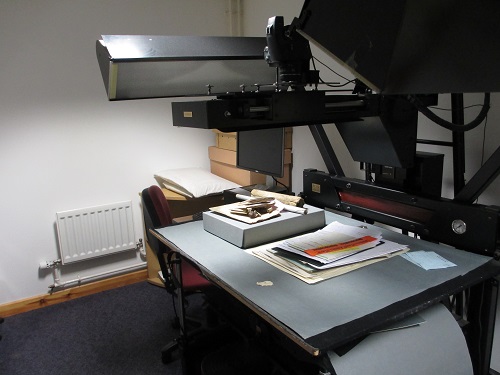 Clerical Officers and Receptionists Suzanne Brown and Helen Mason undertook a range of essential administrative tasks, and Archives and Local Studies Assistants Rachel Ponting and James Ward dealt with research enquiries and digitisation work respectively. Brian Carpenter, Community Learning Officer, worked on various aspects of his role, including changing the display in the exhibition case in our searchroom.

Staff from both the Devon (including the North Devon Record Office) and Somerset archive services attended a staff discussion and planning session in Tiverton, at which the future direction of the South West Heritage Trust was discussed as it enters the next five years of its responsibility for the heritage of the two counties. 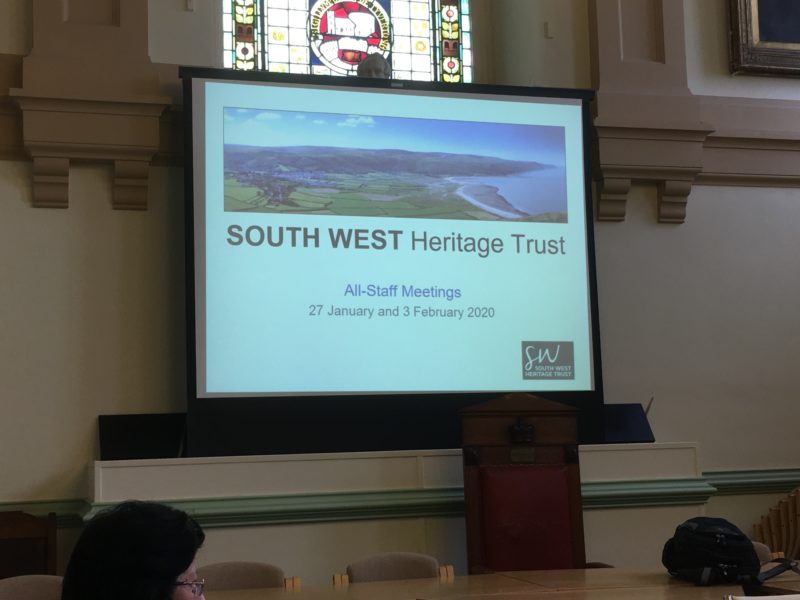 Staff in Devon also took part in training sessions relating to the enquiry management element of our accessions and cataloguing database, and to recent developments in copyright law and document access restrictions.