Archivist Graeme Edwards blogs about what happened at the Somerset Heritage Centre during the two week Closed Period. 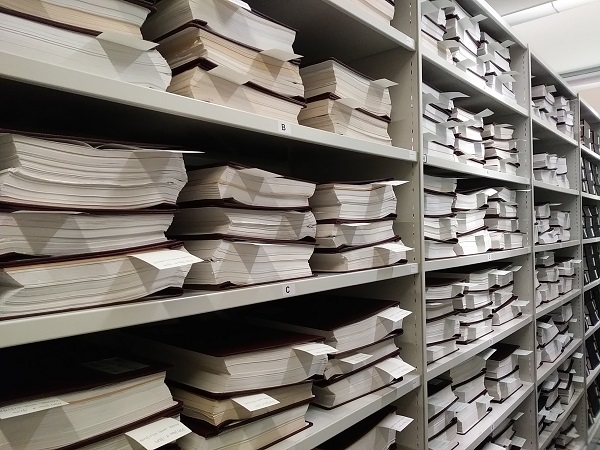 When we re-open after our annual two week Closed Period some of our regular visitors inevitably joke “did you have a good holiday?!” While we do swap our formal work clothes for more casual attire, turn on a stereo and occasionally sing along to the odd track in perfect tune (well, most of the time), there isn’t any time to put our feet up and relax. The two weeks are spent undertaking large projects that we wouldn’t normally have the time or space to tackle during our normal opening hours. The searchroom, usually occupied by studious visitors consulting our archives to help them research this and that, is filled with boxes, volumes and bundles of papers that require cataloguing, sorting, labelling and re-boxing. “So, what projects have you worked on during the latest Closed Period?” you ask. Well…

The Somerset Heritage Centre is an appointed Place of Deposit for Public Records by the Lord Chancellor and in October 2019 we received 330 boxes of court registers from the Magistrates’ Courts of West Somerset (D/PS/w.som), Taunton (D/PS/tau.d) and Sedgemoor (D/PS/s). Working from box lists originally provided by the courts, we have checked, catalogued and labelled 1,085 registers and recorded the locations of these in our strongrooms. 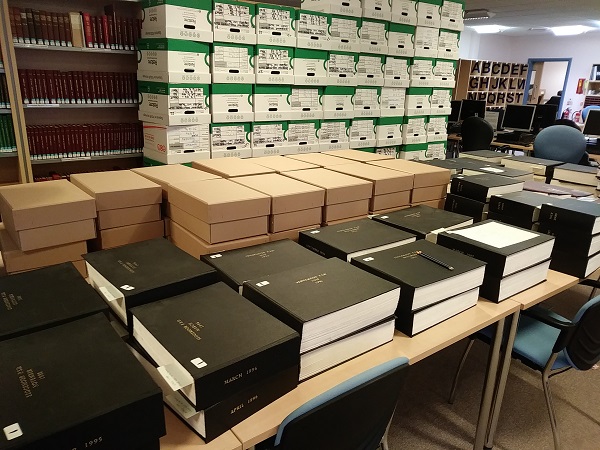 Detailed cataloguing work began on a collection of photographs of milestones, sign-posts, bridges, toll houses, pumps, troughs, standpipes and hydrants as well as illustrations and photographs of trains, trams and waggons (A/BTS). Some of the photographs were published in a book entitled ‘Somerset Roads The Legacy of the Turnpikes’ in 1985 and 1987 by John B. Bentley and Brian J. Murless. 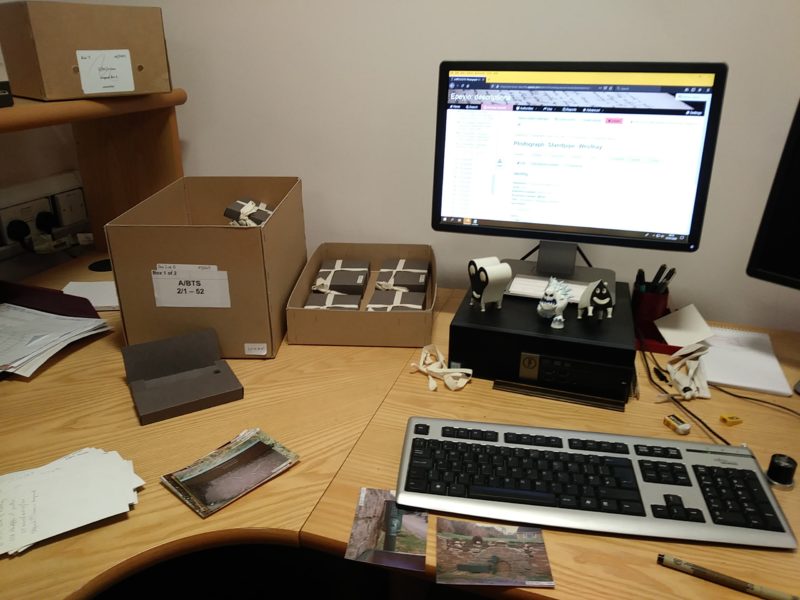 The Somerset Archive Service holds documents relating to the historic county of Somerset which includes North Somerset and Bath and North East Somerset. During the Closed Period several unlisted deposits of North Somerset Council minutes have been catalogued (D/DC/n.som). 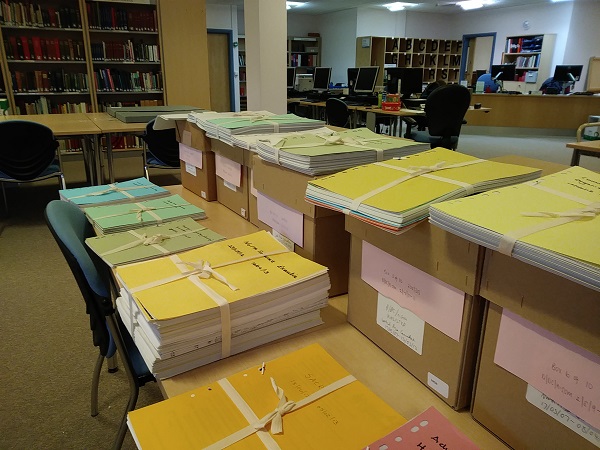 Working with Bristol Culture and The British Library, the Trust has been invited to contribute copies of some of its very extensive oral history archive for preservation in the national collection. The initiative is part of the Unlocking Our Sound Heritage project, funded by the National Lottery Heritage Fund to address the threat facing the UK’s sound heritage. Work has begun to survey the conditions for each collection prior to submitting recordings for digitisation. 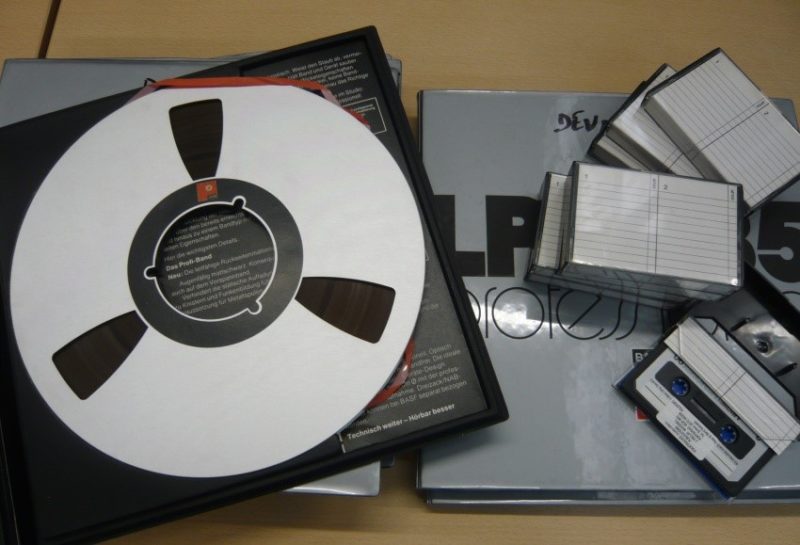 Over 600 recordings held by Somerset and Devon Archives and Local Studies will be digitised. This Closed Period, each collection which will be digitised has been inspected and its condition recorded; they will soon be digitised at Bristol Archives at a specialist sound engineering studio. 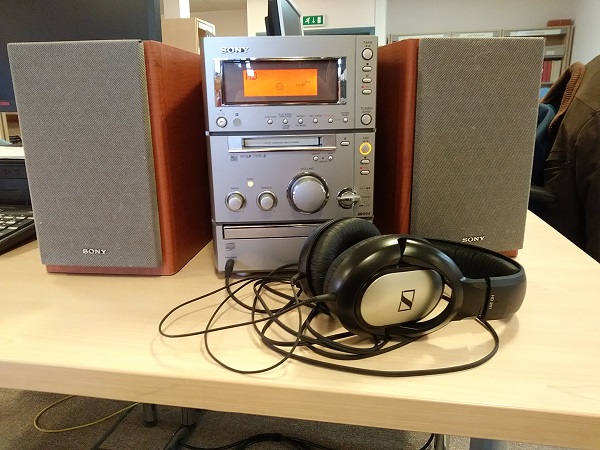 What is that? Is that the stereo you use to sing along to during the Closed Period? It is indeed. However, it’s also used by researchers to listen to many of our oral history collections. The majority of these recordings are currently only available on CD or superseded formats such as cassette or minidisk. 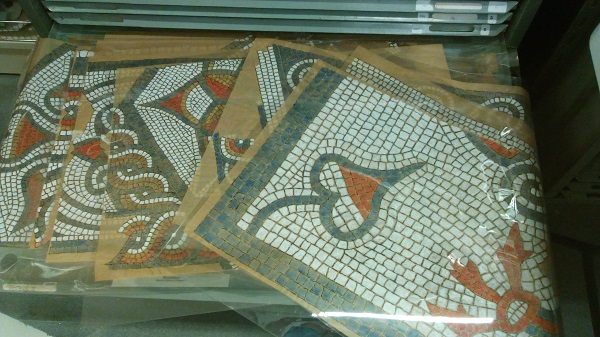 More than 160 maps, plans and portraits from the Somerset Archaeological and Natural History Society’s archive have been sorted, listed and re-housed, including original artworks of tessellated pavements at sites of Roman villas such as Keynsham and Wadeford, plans and artworks of Taunton Castle, and architectural and archaeological plans of buildings and earthworks across the county. The catalogue can be accessed online under collection reference DD/SAS/M3963 and can be requested to view in the searchroom.

Cataloguing also began on the Library’s extensive collection of Ordnance Survey and ephemeral maps, allowing for easier searching and access. The project has begun with the One-Inch and Provisional 1:25,000 series, as well as annotated maps showing the original location and occupants of Domesday Manors in Somerset: these can be searched online under the reference A/EEF under either the location the map covers or its National Grid reference.

Work continued on a number of ongoing cataloguing projects, including the Luttrell Collection (DD/L) and unlisted parish collections (D/P/-) and a visit to the University of Exeter provided a chance to find out about what they are doing in the area of archives and digitisation and see what opportunities there may be to collaborate in the future. 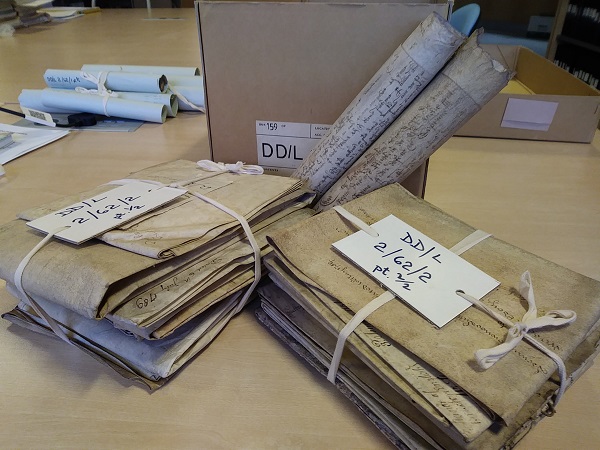 “Surely there wasn’t any time to do anything else?” you cry. Well, we’ve also planned our Somerset Archives and Local Studies courses and events for the year, new talks have been researched, and meetings have taken place with a number of partners to plan collaborative learning and project opportunities. Remember to keep an eye on our ‘What’s On’ page over the coming months.

We also made a number of new document request slip boxes and glove boxes to replace some of our ancient, dog-eared ones. 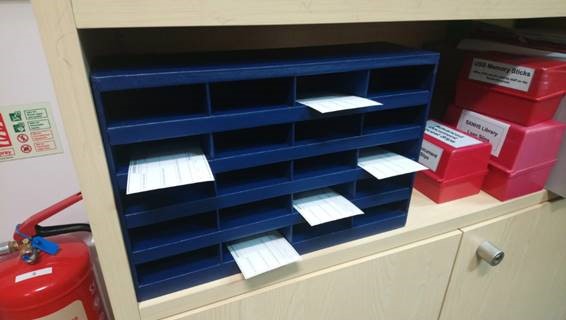 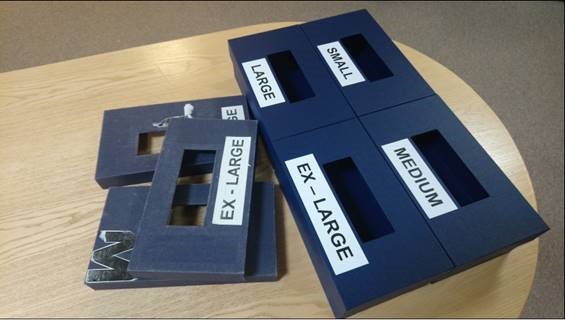 In addition to all of this we continued to answer enquiries and run our very busy Research Service, working on a range of requests, from family history to providing copies of documents such as this printed calendar of prisoners from 1849 that contains some doodles and rough portraits of unidentified individuals (DD/DN/4/4/48). 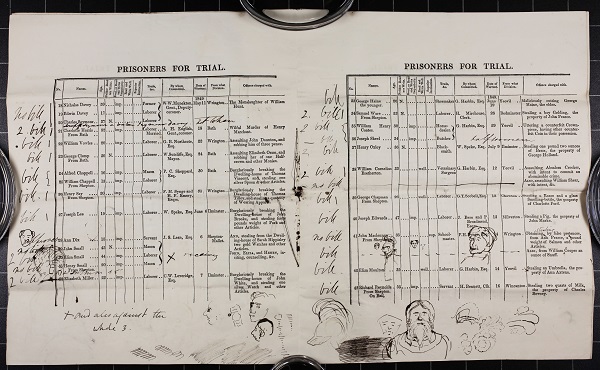 Of course, when we re-open to the public you won’t find any evidence of these two weeks of feverish archive activity in the searchroom (apart from the new glove boxes, etc). Order will have been restored, the music turned off and our staff will have donned their more formal work attire. However, a few thousand new catalogue entries will have appeared on our online catalogue, waiting to be discovered by researchers from all over the world.