The Roman figurine of Capricorn was discovered in 2012 by a metal detectorist in Burrington in North Somerset.  Capricorn, the tenth sign of the Zodiac, has the head of a goat and the body of a fish. Capricorn was also the emblem of the Roman army’s Second Legion Augusta. This unique figurine was found close to the Roman lead mines on the Mendip Hills. The mines were initially overseen by a military detachment, probably from the Second Legion.

Thanks to a partnership with the University of Exeter a 3D model of Capricorn has been created. We’re delighted to be sharing it as part of the Festival of Archaeology Digital Week (11 to 19 July.) 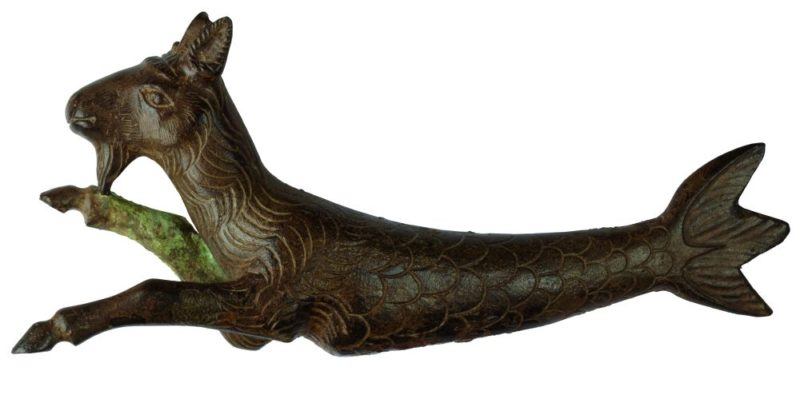 Archaeologist and history student Laura Burnett (and former member of our team) worked with the University of Exeter’s Digital Humanities Lab to create the 3D model of  Capricorn.

In 2019 Laura won the University of Exeter’s Postgraduate Research Showcase prize. Part of the prize was the chance to 3D scan and print an object. She choose the striking copper alloy figurine of Capricorn. 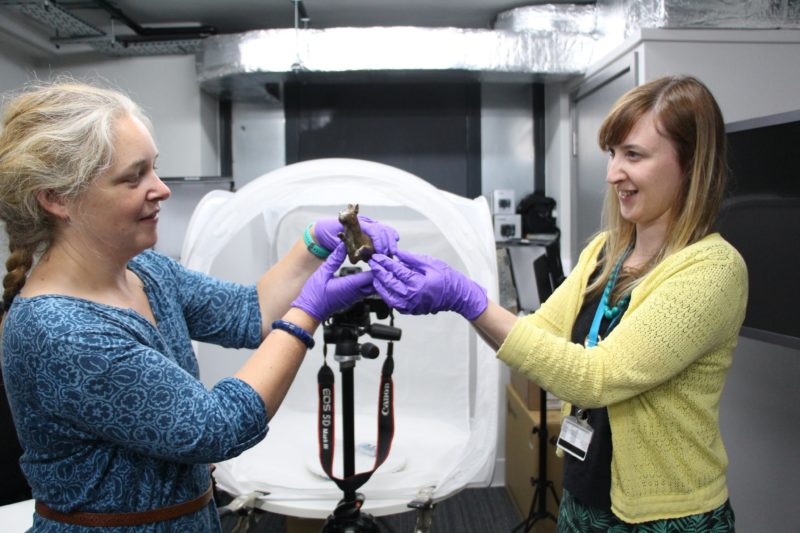