Recent research has led to the discovery of 11 early lithographic works from around 1825 by the important French satirical artist Edme Jean Pigal (1798-1873). The works form part of the North Somerset collection and were previously catalogued as by an unknown artist. 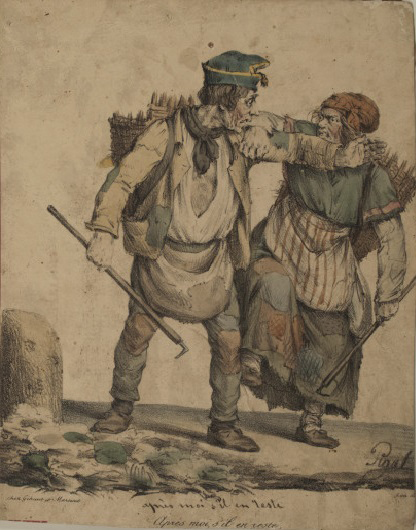 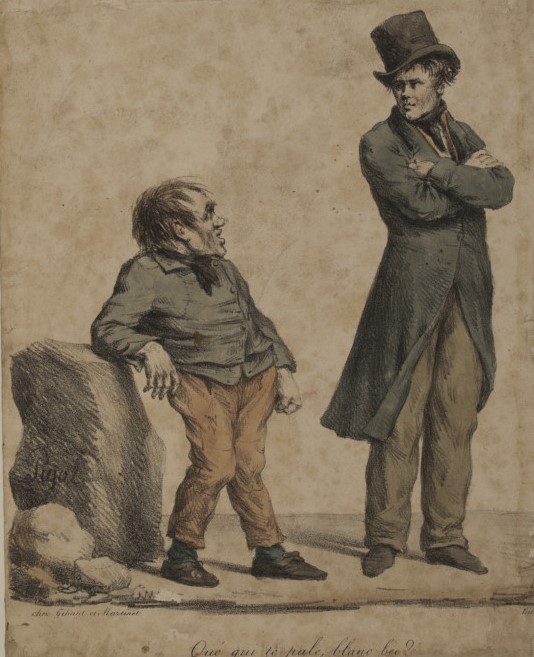 Who was Edme Jean Pigal?

Pigal is best known for his superb satirical works that drew on contemporary customs and social types. His work mocked the hypocrisy of the French middle class and the vulgarity of society’s lower levels. His favoured caricatures were Paris’s street urchins, doormen, coachmen, servants and lecherous old men.

These early lithographs by Pigal are typical of his work and show the actions of one or two figures with little background setting. They were created as stand alone pieces and were offered individually for sale.

After 1838 Pigal concentrated on his painting, fulfilling numerous public commissions of religious and historical scenes. In his later years he worked as a teacher of art at the Lycee in Sens, South East of Paris. He died aged 74 in 1873.

These prints are from the original French edition. Pigal’s lithographs were hugely popular in early 19th century Britain and were also published in English.

Pigal’s work is thought to be closer to the English satirical tradition rather than the French satirical artists of the period.

Lithography was invented in 1796 by Bavarian author Alois Senefelder as a low-cost method of publishing theatrical works. The term lithography comes from the Greek λίθος – lithos, ‘stone’ and γράφω – grapho, ‘to write’.

Lithography was widely adopted by artists. It meant they could draw their own illustrations without any need for an engraver. Designs were then hand-coloured to give the impression of an original watercolour painting.

Lithography is a printing process where a flat design is drawn with a waxy ink on to a smooth stone. The stone is then treated with gum Arabic, which only sticks to the unwaxed surface of the stone. During printing the water is attracted to the waxed areas and ink to the gum arabic, which produces the final image. Unlike engraving or etching there are no cuts or raised areas.