Quarter Sessions courts were the principal county courts from the sixteenth century until 1971; they met four times a year, at Epiphany, Easter, Midsummer and Michaelmas, and had both judicial and administrative responsibilities.  They held criminal trials, but they also had responsibility, among other things, for enforcing the upkeep of roads and bridges by parishes and adjudication over disputes relating to the administration of the Poor Law, which was another parish responsibility.  The Devon Heritage Centre holds records of both the Devon courts and also the separate courts which sat purely for the city of Exeter, as Exeter had the dual status of a city and a county from 1537 until 1974.

The ‘bundles’ are literally large bundles of documents (usually a surplus parchment document with a lot of smaller documents stuffed inside it) which relate to the proceedings of the courts, and which had never been catalogued in detail until 2012.  The Heritage Centre actually holds records of the Quarter Sessions courts which go back to 1592, but it was decided to begin the detailed cataloguing process in 1734, as, after that date, the documentation is generally written in English rather than Latin.

After Bob Bennett moved on in the summer of 2013, we were very fortunate to have an ideal candidate to take over in John Booker, a retired archivist of immense experience who began volunteering with us in 2011.  Seven years later, John is still going strong, and has now catalogued the bundles up to 1770.  Unfortunately, the current closure of the Heritage Centre has meant an unavoidable hiatus in the cataloguing, but this is a good time to take stock and look at some of the information which has been uncovered in the course of the project. 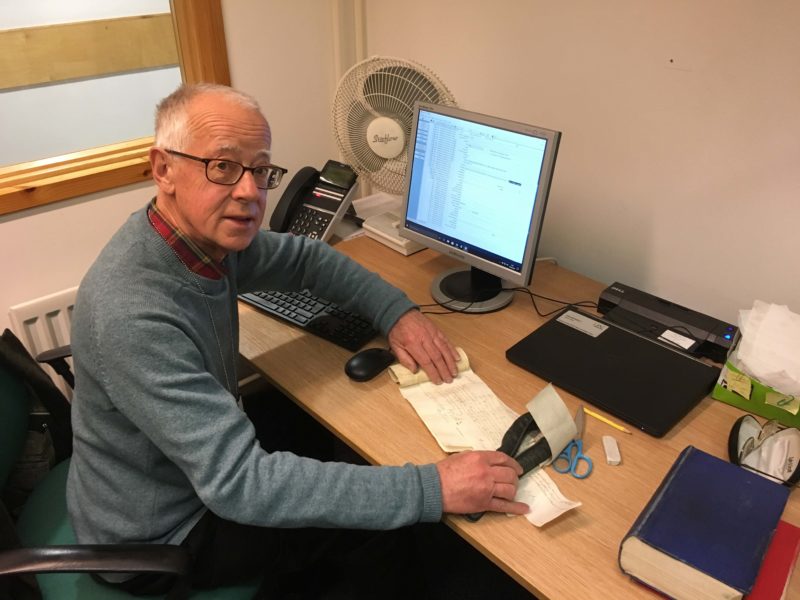 The original website for the project, compiled by Bob Bennett, can be found here. The site contains a lot of detailed information about the courts, the types of document which are found in the bundles, and the cataloguing process and references used, as well as some colourful stories from the records.

Once he took over, John Booker found more interesting stories, including an example of a dog being ordered to appear at Quarter Sessions on a charge of worrying sheep.  We assume that the dog didn’t attend court, although it would be worth looking it up sometime!

In the 1740s and 1750s it appears that theft was generally punished by no more than a fine of one or two pence, although just occasionally the defendant was transported for seven years.  Sometimes a theft was judged ‘felonious’, and it was felons such as John Trapnell of Honiton, who found themselves on a boat to North America. As Trapnell was a cordwainer, it is tempting to assume that some of the decisions around who to transport were based on the need for men with particular skills in the colonies.

Then there was the case of the two sixteen year-old boys who were caught red-handed astride the wall of what is now Devonport Dockyard with a large amount of lead, stolen from His Majesty’s stores.  They had climbed over the wall using a ladder, which was still in place.  Both boys were servants, one to the captain of a warship, the other to a boatswain, and both made detailed confessions of guilt, in which they implicated three other boys in the gang. Those three were not prosecuted, but the two confessors were sent to Exeter jail awaiting the next Session. Some weeks later they were brought to court, where their written confessions were read out, but the jury returned a verdict of Not Guilty.  This seemed baffling; while it may have been a case of compassion being applied because of their age, they were probably roughed up by the Navy in any case.

More recently, John has noticed that, during the 1760s, more people were being sentenced for transportation to the Americas, even for as little as milking someone else’s cow in the dead of night.

A final element of the project which is worth emphasising is that before the documents reach John Booker they have passed through the hands of our conservation volunteers, who clean and package the documents into manageable bundles. 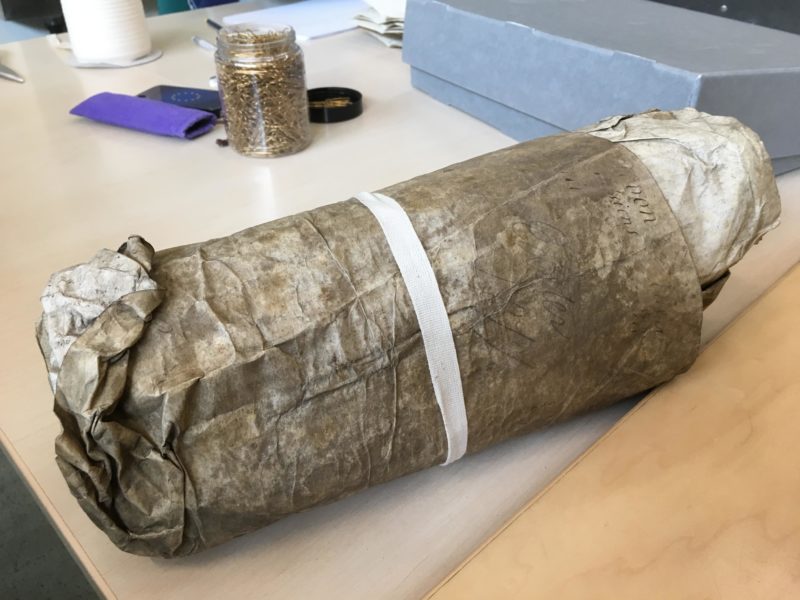 A Quarter Sessions bundle prior to cleaning 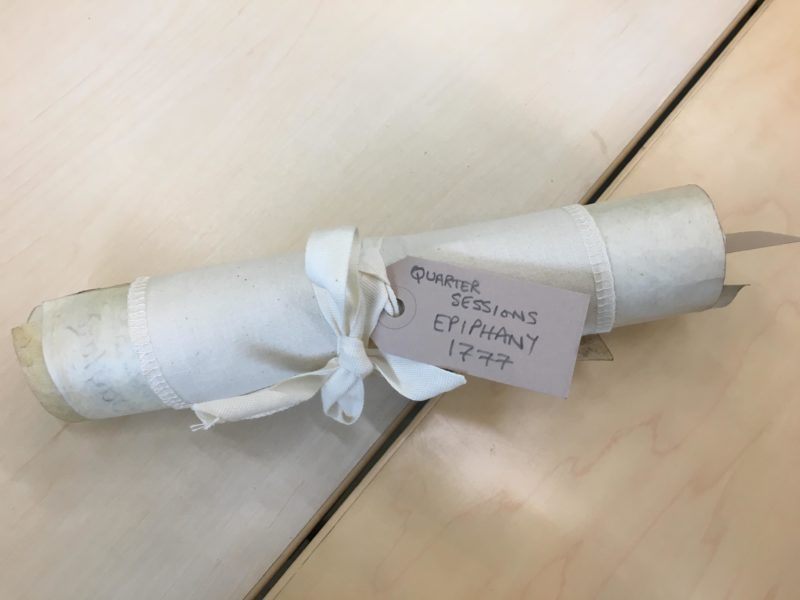 A Quarter Sessions bundle after cleaning

The project will continue for as long as John wants to work on it.  Hopefully, this will be for some years to come.  After that we will be looking for another suitably qualified volunteer.

Descriptions of all the documents which have been catalogued so far are available via our online catalogue.