Latest climate change predictions for the UK look like bad news for internationally-important wetland archaeology on the Somerset Levels and Moors. Sites such as the Iron Age Glastonbury Lake Village have survived in a miraculous state of preservation for thousands of years because of the waterlogged peat that surrounds them. 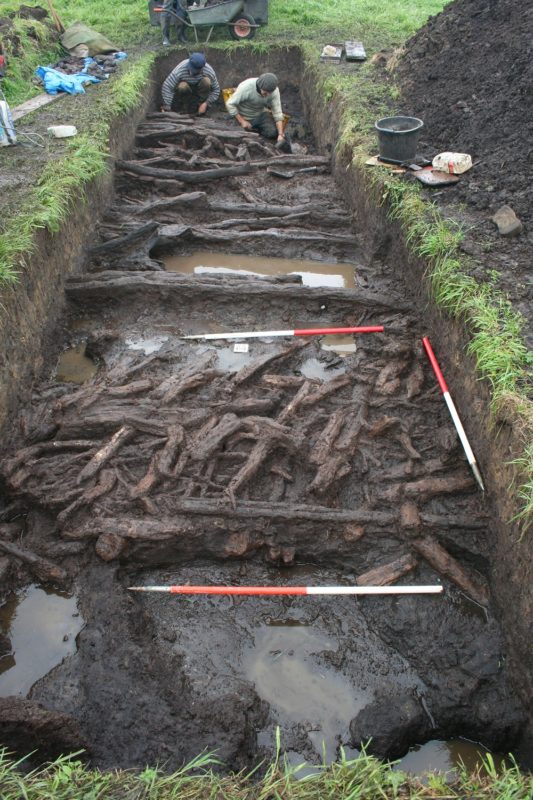 Scientific studies now predict that hot dry summers, such as the one we experienced in 2018, will become more frequent. In the recent past, the chance of such a summer was less than 10% but by mid-century this could rise to 50%. That spells trouble for archaeology because hotter drier summers cause a lowering of the water table on the peat moors. If the peat is no longer waterlogged, the fragile wooden remains will shrink, crack and begin to decay.

Water monitoring by Somerset Drainage Boards Consortium on the site of Glastonbury Lake Village has revealed that the dry summer of 2018 probably caused this very problem. The recorded water levels fell below the top of the buried wooden remains of the settlement for several months during the summer. If such summers become more frequent and extreme they will pose a significant threat to the Lake Village and other sites such as the many prehistoric wooden trackways that cross the area. 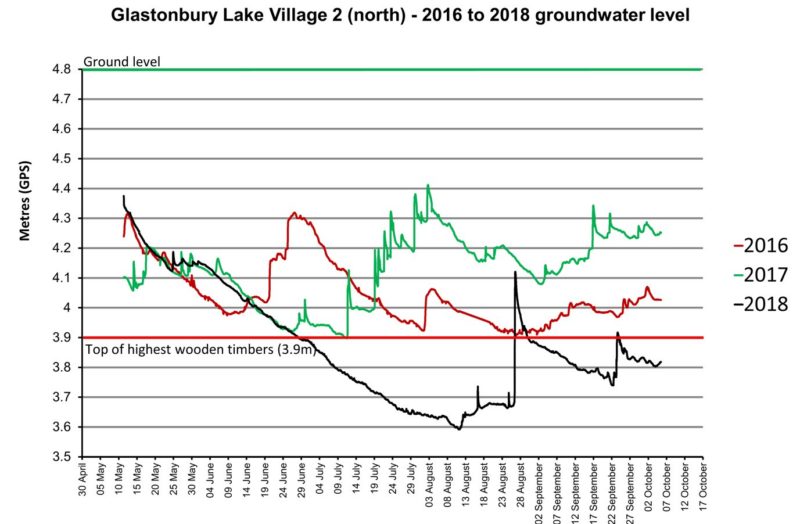 The gradual loss of surface peat is also a threat. Peat preserves unique information on the changing wetland landscape and climate stretching back thousands of years. Its erosion is a big worry for archaeologists but also threatens distinctive flora and fauna and leaves the moors more susceptible to flooding. At the same time sea levels are predicted to rise and winter rainfall to increase.

In the face of such threats a more sustainable form of land management needs to be developed if the archaeology and natural heritage of the Somerset moors are to be preserved. In some cases, it may be possible to protect an individual site, but a more resilient management regime for the whole landscape needs to be considered.

Assessment and monitoring work on the Levels and Moors has been carried out by a partnership of organisations including the South West Heritage Trust, Somerset Drainage Boards Consortium, Historic England, Natural England and Glastonbury Antiquarian Society, which owns the Lake Village field. The Glastonbury Antiquarian Society remains committed to working with other organisations to try and achieve the best possible future for this wonderful site.