Alfred is the only one of our kings or queens to whose name the word ‘great’ has been added. An important part of his remarkable story is set in Somerset.

King of the West Saxons

Alfred became King of the West Saxons in 871 when he was in his early 20s.  From the beginning he faced Viking attempts to invade his kingdom and in January 878 one such invasion took Alfred by surprise.  When much of Wessex was overrun Alfred was driven into hiding at Athelney, in the marshlands of central Somerset. 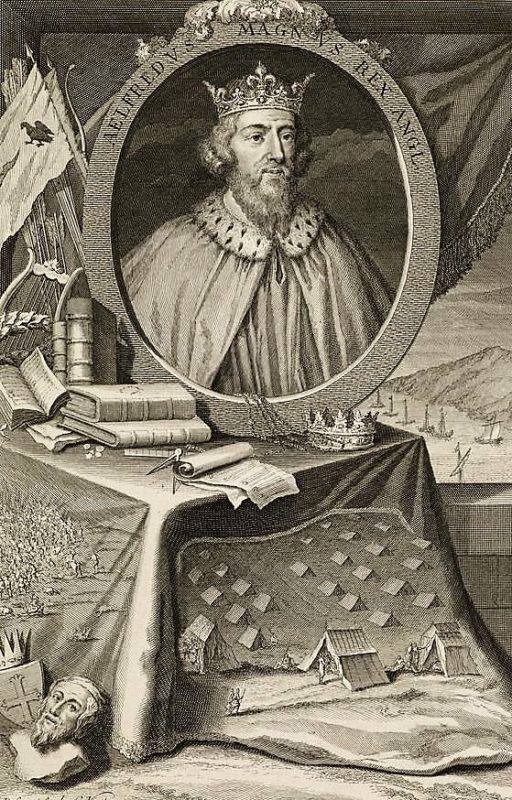 A Great Battle at Edington

Early in May 878 Alfred mounted a counterattack. He was joined by the men of Somerset, Wiltshire and part of Hampshire, and together they put the Vikings to flight in a great battle at Edington in Wiltshire. Peace was finally achieved when Guthrum, leader of the Vikings, joined Alfred at Aller, near Althelney, and was baptised as a Christian. A few days later the king honoured Guthrum and his companions with gifts at Wedmore.

The Kingdom of England

Alfred built strategic forts to defend his kingdom including one at Lyng which was described as ‘a formidable fortress of elegant workmanship’.  He later went on to become ruler of neighbouring Mercia and by that means laid the foundations of what would become the kingdom of England.

Alfred never forgot the refuge that Athelney provided for him when all seemed lost. Soon after his defeat of the Vikings he founded an abbey there.

The Legends of Alfred

Alfred’s time at Athelney generated three popular legends, all of which were established by the 11th century.

Alfred and the Cakes

Alfred arrived at Athelney in disguise and took refuge in a swineherd’s cottage.  One day, the legend says, the swineherd’s wife asked Alfred to watch some cakes she was baking. But he was distracted, allowed the cakes to burn and was duly scolded. 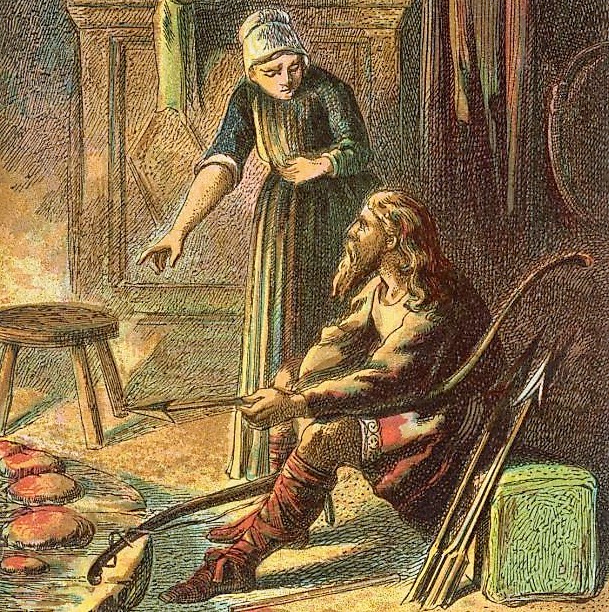 Another legend records that while Alfred was hiding at Athelney, St Cuthbert arrived disguised as a pilgrim. Alfred ordered that food and drink should be shared with the stranger. Mysteriously the pilgrim disappeared leaving the food untouched. Cuthbert had been moved by the king’s generosity and appeared to him in a vision, offering advice on how to defeat the Vikings.

Alfred in the Danish Camp

In this legend, Alfred set out from Athelney dressed as a minstrel so he could enter the Danish camp and learn their secrets.  When he returned he told his men how idle the enemy were and how easy it would be to defeat them. 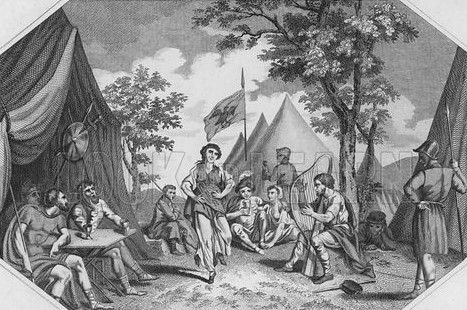