Volunteers, Garry Dawson and Peter Wright, have embarked on a remarkable research project to investigate the use of traditional building stones in Somerset. The character and appearance of our historic settlement are assumed to be shaped by local material. This research (which began in 2015) is demonstrating the tight correlation between the rich variety of building stones in Somerset and the bed rock below. 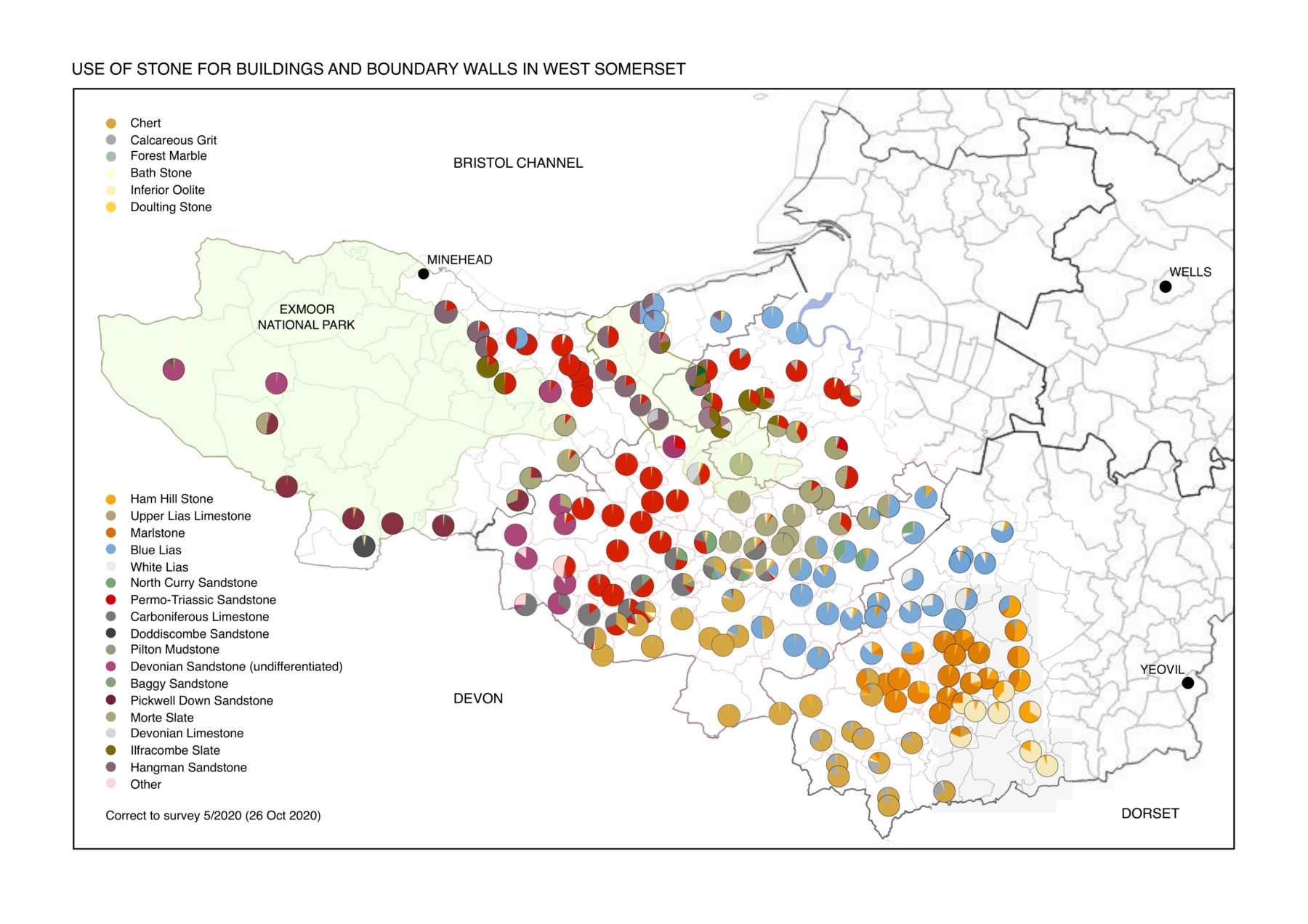 Garry graduated in Geology from the University of Leeds in 1975. After two years working offshore in North Sea oil exploration, he joined the United Kingdom Hydrographic Office in Taunton where his work covered navigational charts, satellite remote sensing and oceanographic data collection/databases. In retirement he has spent his time pursing geological interests and volunteering in the Quantock Hills.

Peter, having graduated with a degree in physical geography and a PhD in coastal geomorphology, worked for 35 years at the United Kingdom Hydrographic Office in a variety of technical and managerial roles. He retired in 2014 to pursue interests in geology, local history, cartography, photography and cycling. 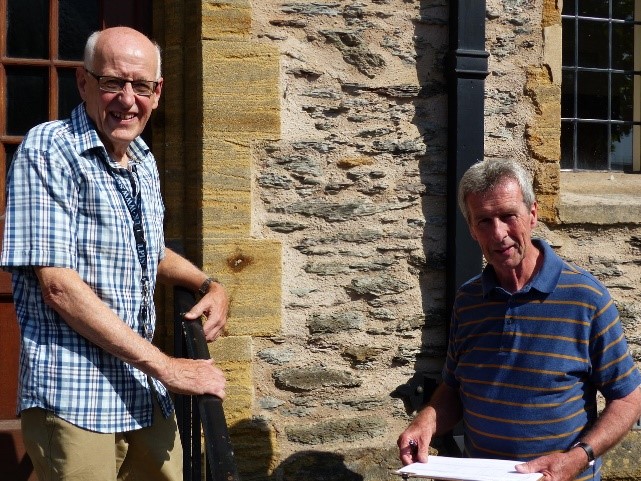 Since retiring Garry and Peter have committed over 1,550 hours surveying 146 historic settlements containing 5,432 buildings, 148 churches and 1,407 boundary walls (figures up to May 2019).

Their skills and commitment have produced a research resource that is in-depth, reliable, and tailored to the needs of building conservation and place making. Their findings provide:

To date the research has covered the Borough of Taunton Deane, the Quantock Hills and surrounding settlements, and the western half of the District of South Somerset up to the River Parrett. Further surveys are underway in west and south Somerset. 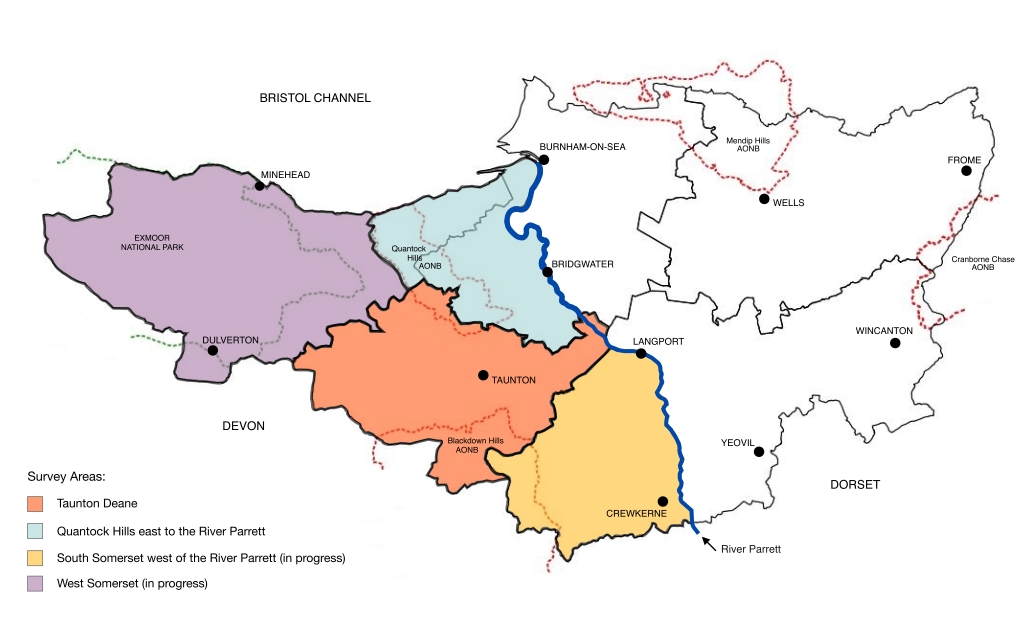 The findings from the research in Taunton Deane and the Quantock Hills are presented in a report to the South West Heritage Trust.

The report contains the following elements:

The survey findings for the settlements were collected in Excel data sheets. These provide a detailed percentage and numerical breakdown of the building stones, building materials and roof materials for each settlement.

The following research publications are also significant and complement the Dawson and Wright report: