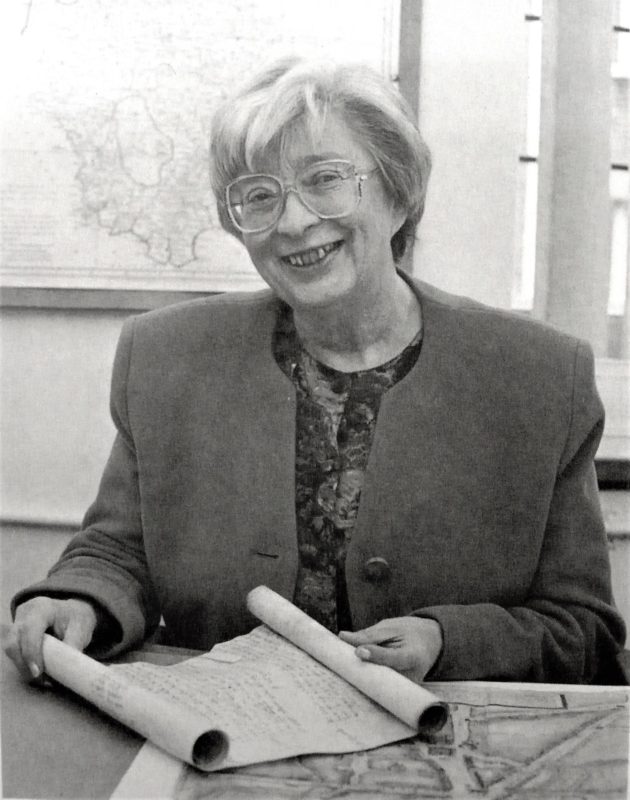 Margery, who belonged to the pioneering generation of English archivists, gained a reputation as the undisputed authority on Devon’s archives. But as important as her professional skills were the kindness, practical good sense and cheerful determination which inspired the lasting affection of her many friends and colleagues.

An unsurpassed knowledge of the collections

Margery Mary Sparkes was born on 27 December 1933 and grew up in Manchester. After attending Manchester Grammar School for Girls she read history at Manchester University, then trained as an archivist at University College, London. In 1956 she became an archivist in the former Exeter City Record Office, and so found herself working with one of the richest and best-preserved city archive collections in England. She relished her task and the unsurpassed knowledge of the collections that she achieved made her the perfect guide for the many scholars and researchers who found their way to Exeter. Her deep engagement with the documentary sources of Devon history continued throughout her 40-year career, even when her management responsibilities greatly increased.

In 1977 she became the third person, in succession to Joan Sinar and Peter Kennedy, to lead the Devon Record Office, first with the title of Head of Record Services and later of County Archivist. She readily accepted the many challenges of those years, including the move of the County Record Office from South Street to Exeter City Library. In 1988, believing that North Devon could best be served by a branch office, she set up the North Devon Record Office in Barnstaple. She also established service points in a number of Devon libraries as another expression of her commitment to making the county’s history as widely accessible as possible.

An enduring contribution to scholarship

Margery retired as County Archivist in June 1996 but she was far from idle. Already, during her working life, she had made an enduring contribution to scholarship through her published editions of Exeter city records, including a volume edited with John Draisey, her successor as County Archivist. Now, with Mary Ravenhill, she produced splendid volumes entitled Early Devon Maps (2000) and Maps of Georgian Devon (2002), the results of long years of research. She also remained active in many organisations dedicated to Devon’s history, including the Friends of Devon’s Archives.

Remembered with fondness and gratitude

Margery married David Rowe in 1961 and together they had a long and happy married life that lasted more than 50 years. They travelled extensively and their home in Clyst St Mary was shared with a succession of beloved cats.

Margery’s achievements as an archivist will long outlast her and as a person she will be remembered with fondness and gratitude by many people. They include the present-day staff of the Devon Archives and Local Studies Service to whom for so many years Margery remained such a friendly and familiar presence.