The South West in the Roman Period: contrasting identities either side of the Blackdown Hills

This talk will explore how the Roman landscape and society in Somerset was typical of most of lowland Britain, whereas to the west of the Blackdown and Quantock Hills communities appear to have become less ‘Romanised’ and instead retained more of their traditional practices. 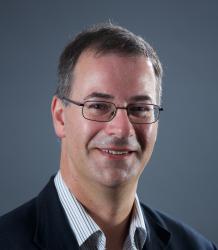 Professor Stephen Rippon is a Landscape Archaeologist with the University of Exeter. His interests are focused on the Roman and medieval periods in Britain and mainland North West Europe. His early work focused on the history of wetland reclamation. His current research is exploring the origin and development of regional variation in landscape character from the Roman period through to the present day. He also worked on the recent AHRC-funded ‘Exeter: A Place in Time’ project;  a collaboration that has written up four of the major excavations carried out in Exeter during the 1970s, and carried out programmes of modern scientific analysis on associated artefacts.

We are offering three ticket types for this event:
Standard ticket is the ‘normal’ price that we would charge for the event, £7.50
Pay a bit more is for those who can afford to, and would like to help support the South West Heritage Trust, £10
Pay a bit less is for those who would find the standard ticket a bit of a stretch, for whatever reason, £5

You can purchase whichever ticket you like; you don’t need to give a reason, and you won’t be asked for any proof of need. For online events you only need to purchase one ticket per household/computer