In this blog, Archivist Liz Grant, explains how to access the vast and fascinating archive of the Luttrell family – former owners of Dunster Castle – and selects some of the stand-out documents from the collection.

A Rich and Complex Collection

The Luttrell family archive, as the second largest family estate collection housed at the Somerset Heritage Centre, contains a wealth of documents relating to the family’s lives and their estate holdings across West Somerset and South Devon. It can be a complex collection to understand, a complexity which has been exacerbated by the historic cataloguing of the collection.

The Luttrell family archive was catalogued whilst housed at Dunster Castle, and these catalogues still form the basis for the present-day organisation of the collection. The catalogue falls into four sections:

DD/L/P: This section contains the medieval estate papers, deeds and manorial rolls for the Dunster Castle estates. These papers were catalogued by William Prynne (English lawyer, author, polemicist, and political figure), who was imprisoned at Dunster Castle between 1649-1651.

Post-medieval records and other estates

DD/L/3: This is an artificial arrangement imposed during our re-cataloguing which begun in autumn 2018 and relates to c. 150 boxes of archives which fall outside of Prynne’s classification and the Muniment Room arrangement. This section was briefly listed in 1957-8 by the National Register of Archives, whilst at Dunster Castle, and contains mainly 18th-20th century estate, family and household papers, along with earlier deeds for the Devon and Dorset estates of the Fownes and Rose families, which came though inter-marriage to the Luttrells.

The Prynne section, Muniment Room 1 and the first half of Muniment Room 2, were re-catalogued when housed at the Somerset Record Office by two dedicated volunteers. Our re-cataloguing of the archive began from where the volunteers ended, and we have started to uncover the secrets which have lain hidden in the rows of archive boxes. However, with it being such a large, complex collection it may take us several years to complete the task so bear with us!

The catalogues can be found on our website: https://somerset-cat.swheritage.org.uk/records/DD/L 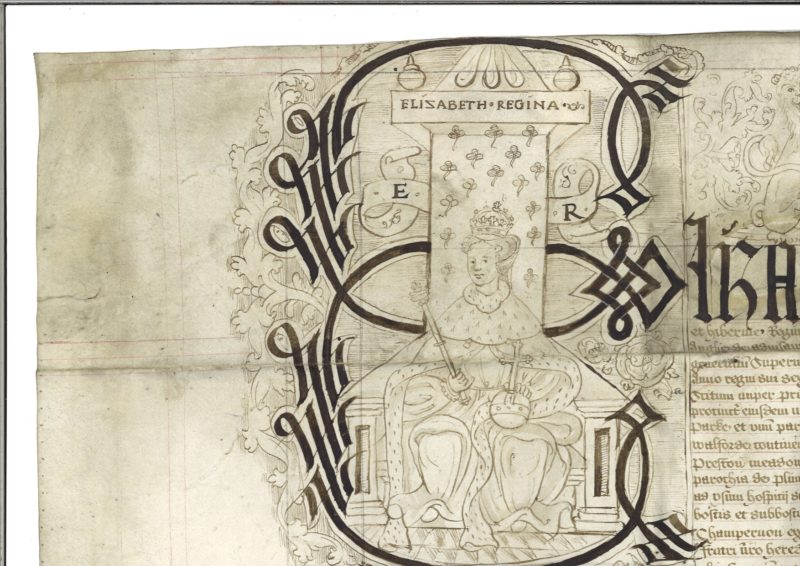 This portrait of Queen Elizabeth I was found on a 1560 deed for lands in Plympton, Devon, which lands had formerly belonged to Plympton Priory. The portrait depicts the Queen just  two years into her reign. 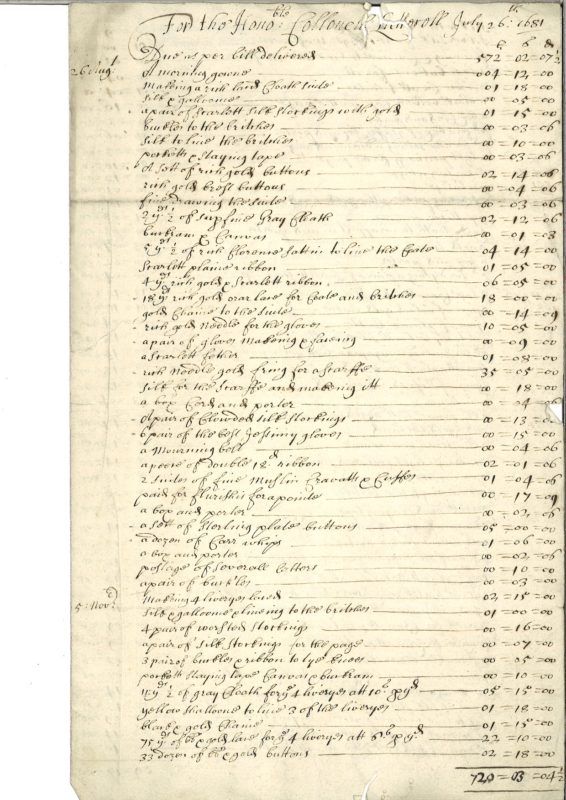 This bill dates from July 1681, and lists items purchased by Colonel Francis Luttrell, including scarlet silk stockings with gold, Rich Gold Brest buttons, 5 and ½ yards of rich satin to line the coat, 4 yards of gold and scarlet satin and a scarlet feather, the whole account runs to four pages and totals £255.7s.3d – equivalent to over £29,000 today! 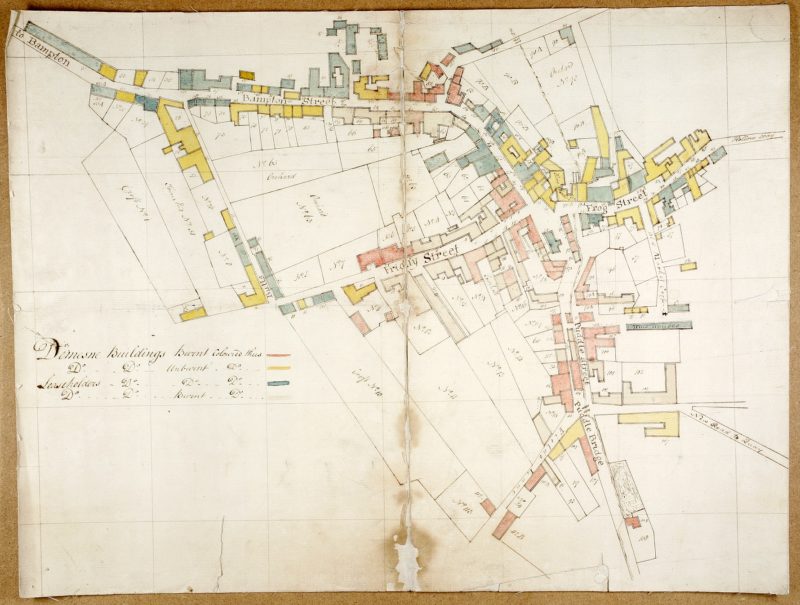 A large-scale map of the town, with colouring to show demesne buildings from leaseholders, and unburnt buildings from those burnt. The map was presumably prepared after the Great Fire of Minehead of 1791, which saw widespread destruction of the town. The map also shows the town almshouses and the old market cross. 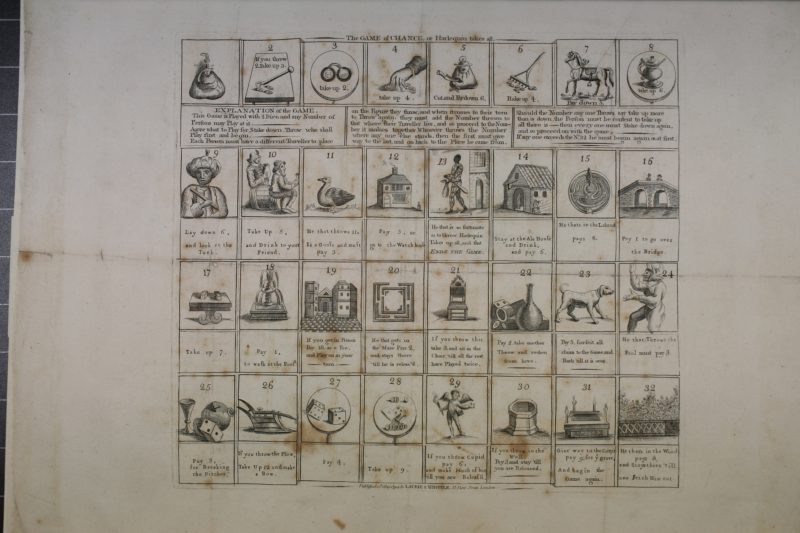 An illustrated board game (printed on paper) entitled ‘The Game of Chance or Harlequin takes all’ dated 1794. We had a go at playing this (purely for research purposes of course), following the instructions that came with it.